The Col des Ceingles, aka Col de Saulié, is a pass on the long Lesache-Crévacol arête. Discreetly scenic, it offers interesting views on the Aiguille de Lesache, Mont Fourchon and the nearby Grand Saint Bernard col.
This route climbs us the N face and sets off shortly above Saint-Rhémy.
The climb to the Saint-Rhémy col and the final section towards the Col des Ceingles are decidedly steep and near-perfect conditions must be in place to be tackled, usually late in the season.
The descent is freely along the same face.
Approach
From the motorway exit Aosta Est, take the tunnel leading to the Grand Saint Bernard valley, then follow it and go beyond the hamlets of Gignod, Etroubles and Saint-Oyen. Turn right shortly before Bosses and take the state road 27 leading to the Grand Saint Bernard Col. Drive past Saint-Rhémy and, after 1,3 km, you will reach the place where the road is not cleared from snow during the winter months. Park in the nearby spaces.
Description

Follow the snowy road closely as far as the plateau where you cross the Grand Saint Bernard stream. Once you have traversed it and are on the bridge, turn right and follow a shallow forestry road that runs alongside the hamlets of La Tuette (1.778m) and, shortly afterwards, goes underneath the Tunnel viaduct. Climb down slightly and then climb up to the left until you merge with the state road again, close to Praz d’Arc (1.977m). Keep climbing in the wide basin going close to the Praz de Farcoz alpine pasture. Turn left and cross the wide bowl, then climb the slope to the left of the Col de Saint-Rhémy (2.557m). Descend briefly halfway up the hill and enter the Combe de Thoules. After this, carry on in the valley staying below the Aiguille de Lesache, before turning left and aiming to the col. Move towards the saddle and climb the last steep stretch before reaching the Col des Ceingles (2.809m).

Descent
Make the descent via your skin track. The first descent takes place on the NE slope of the col and along the solitary Combe de Thoules. After having skinned up briefly to the Saint-Rhémy col, drop down in the wide basing following the uptrack or, later in the season, keeping to the right reaching the hairpin bend above Pra d’Arc. A good, lappable descent, almost always in good conditions; the final part shallows out close to the Grand Saint Bernard viaduct. 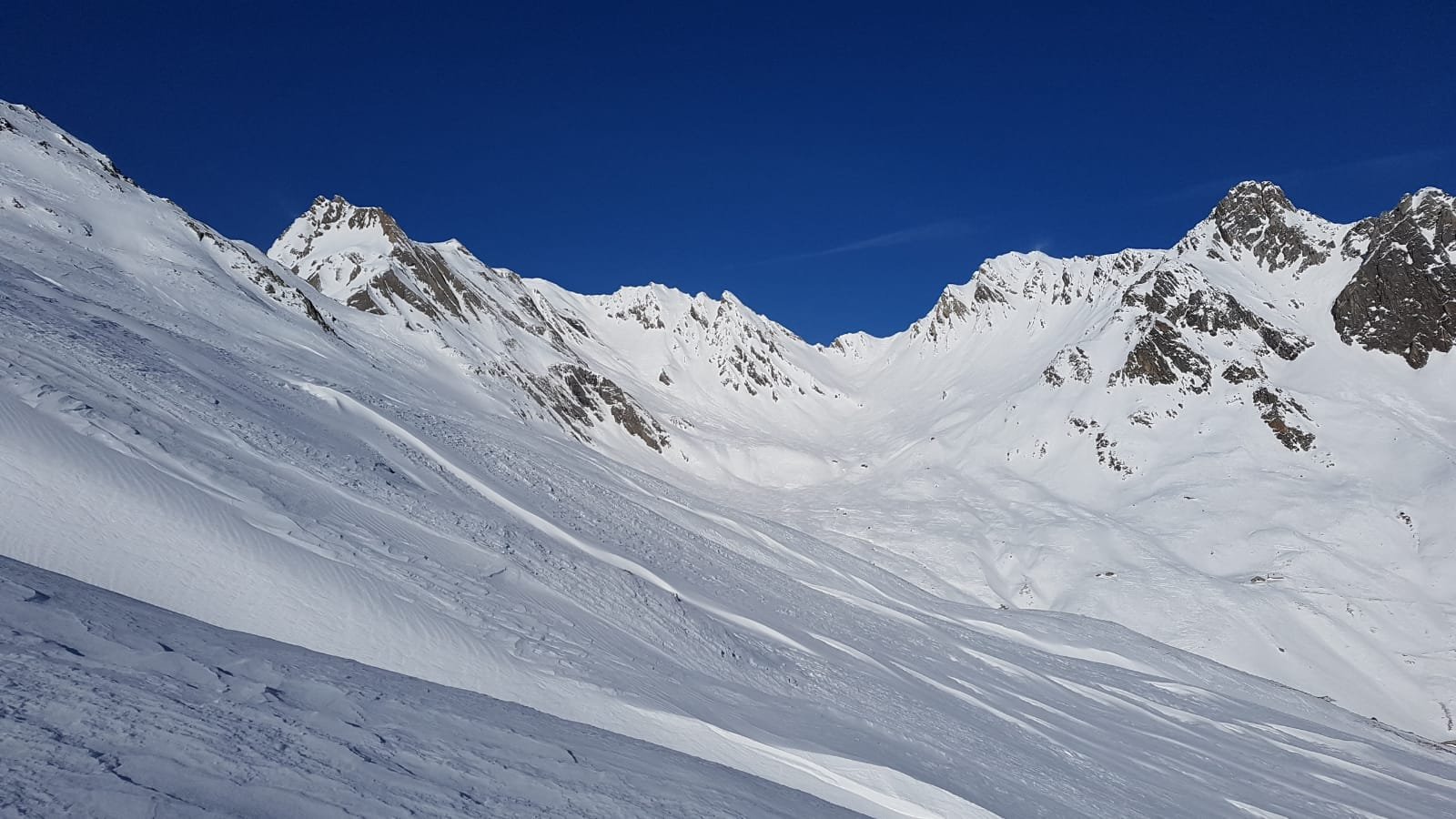 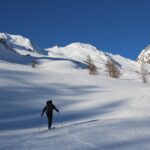