The Crête de Corléans is made up by a long mountain range that unites the Tête de Serena with the Pointe Valletta. This rocky spur is interspersed with several narrow cols that lead to steep couloirs, the domain of steep-skiing experts. Of the three couloirs, the central one is challenging, but is rated VGS in the final part.
The route starts in the Sereina valley as far as the Arp du Bois farmhouses, it then moves closer to the imposing mountain range and merges onto a shelf that offers sublime glimpses of the final couloir. Climbing up this couloir makes up the most challenging part of the route, also being subject to snow flows. Once on the pass, the views open up and you will reach the highest part of the range with a short climb (2.806m).
From the top, you can enjoy superb views to the W, where the Grande Rochère partially hides the imposing Italian side of Mont Blanc and the steep Walker Spur. To the E, you can enjoy inspiring vistas on Crévacol and the impressive south face of Mont Vélan.
Considering the overall difficulty of this route and the steepness of the slopes, the descent is challenging and you may be better off going with a mountain guide.
Approach
From the motorway exit Aosta Est, take the tunnel leading to the Grand Saint Bernard valley, then follow it and go beyond the hamlets of Gignod, Etroubles and Saint-Oyen. Leave the road going up to the Grand Saint Bernard pass to the right and keep going on the state road E27 until you find the exit for the resort of Crévacol to the right. Continue for about 500m until you reach the big car park: leave the car on its west side.
Description

Head due west going under the flyover of the Grand Saint Bernard tunnel and, following the track of the forest road, climb the first shallow slope. Cross the Belle Combe stream and reach the hamlets of Farettes and Ponty and then, flanking the woods, the one of Eteley. Turn left and run alongside the wood edge, as the slope gets steeper. Climb the bare slope, crossed by the forest road several times and then reach the hamlets of Arp du Bois dessous (1950m). Leave the farmhouses to the right and continue on a somewhat flat stretch, then veer left on the edge of the thinned out wood. Climb on the “Arête” side, following a discreet gradient as far as 2.200 m, where it shallows out slightly. After a short plateau, continue on a discreetly steep slope towards the rugged N face of the Punta Valletta. Go over a hillock and then reach another plateau that anticipates the steep final couloir, at the end of which you will emerge onto the col, your elevation 2.730m.
From the narrow saddle, turn right and climb about 80m until the top of the Crête de Corléans: you may reach it on foot or on skis, according to the snow conditions.

Descent
Make the descent following your skin track compulsorily until the first plateau, then you may have several choices: either you follow the uptrack until the trailhead or go to the central part of the Sereina Valley and then proceed with the classic descent, freely until the car park. 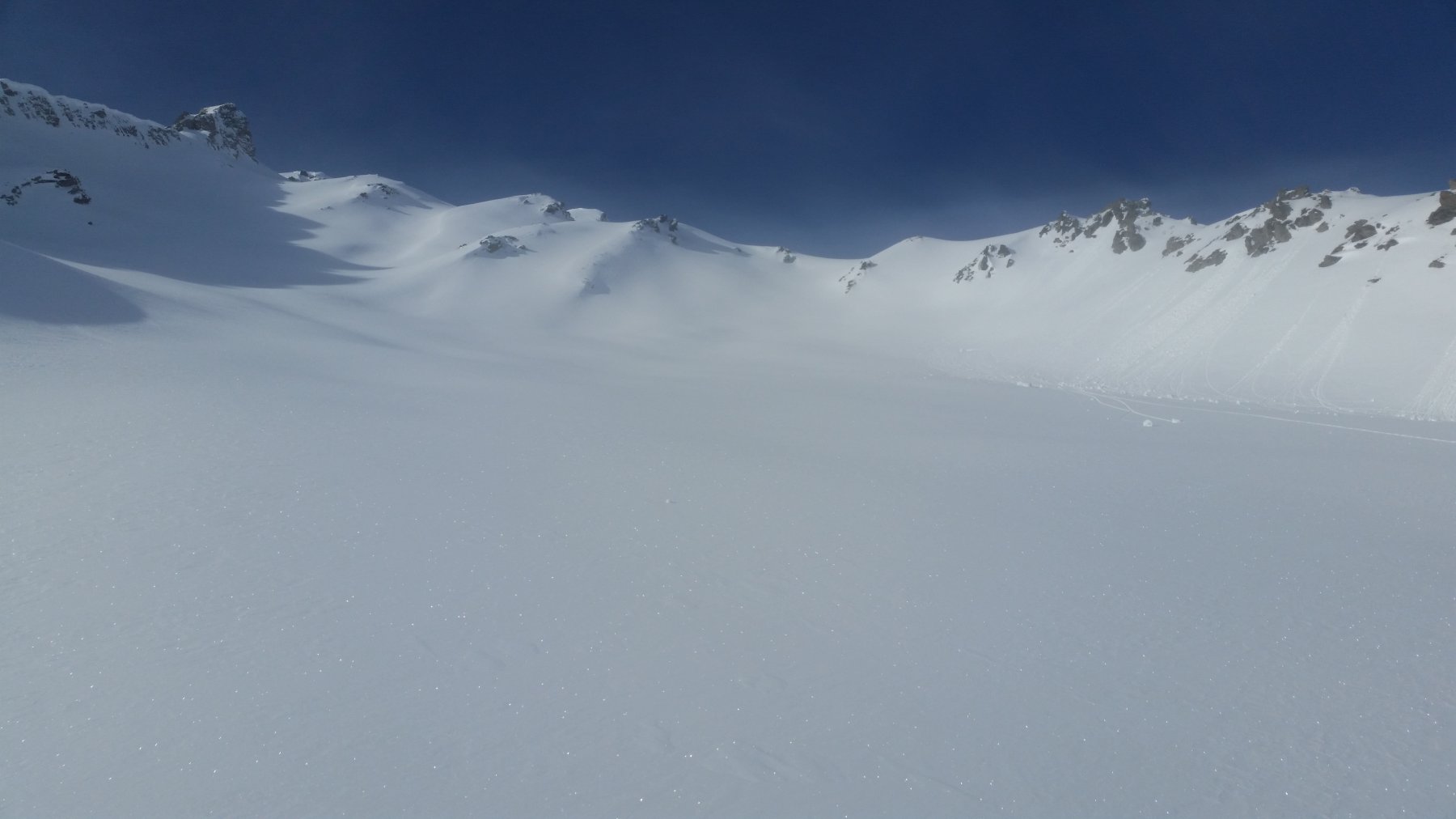 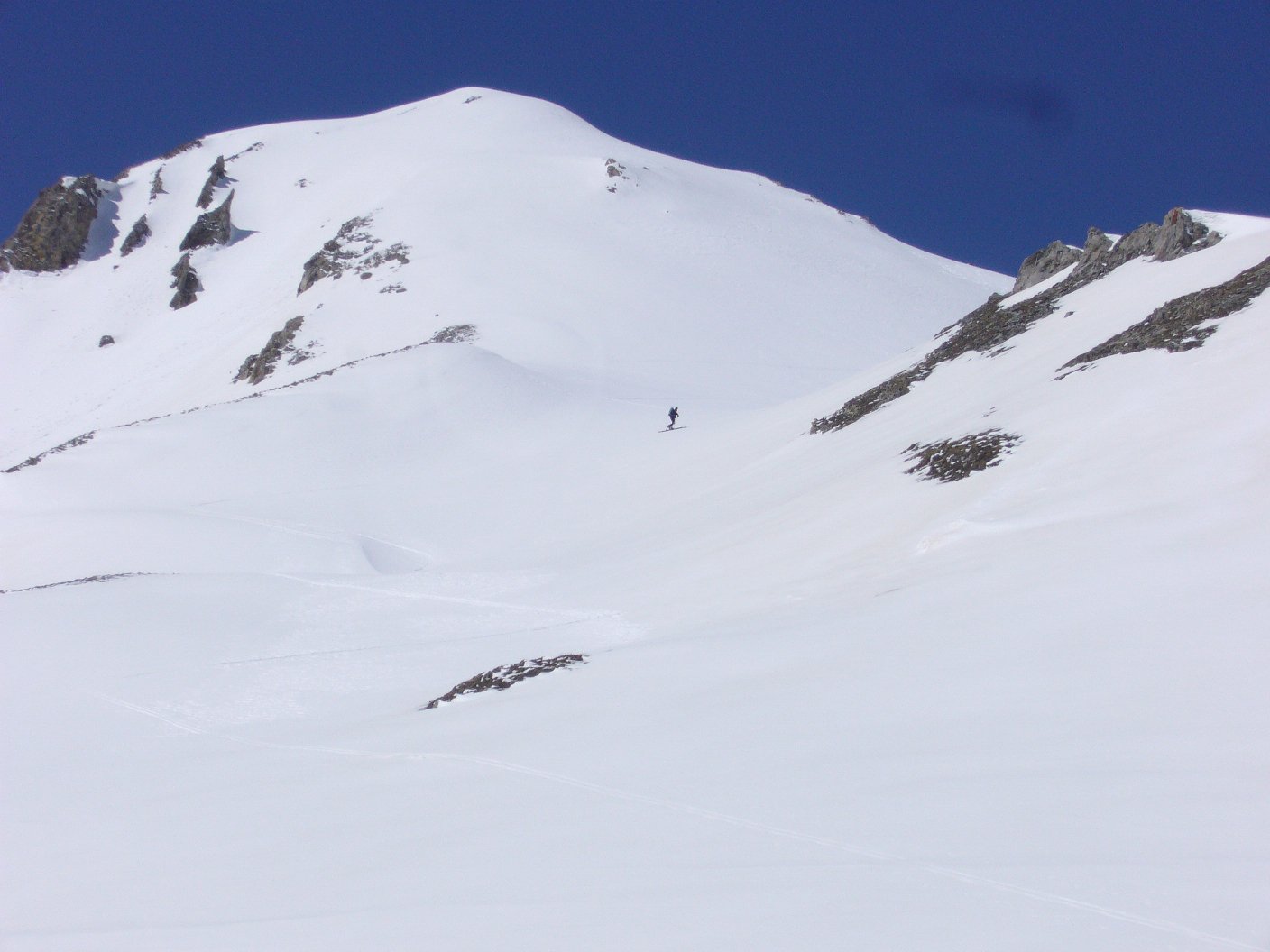 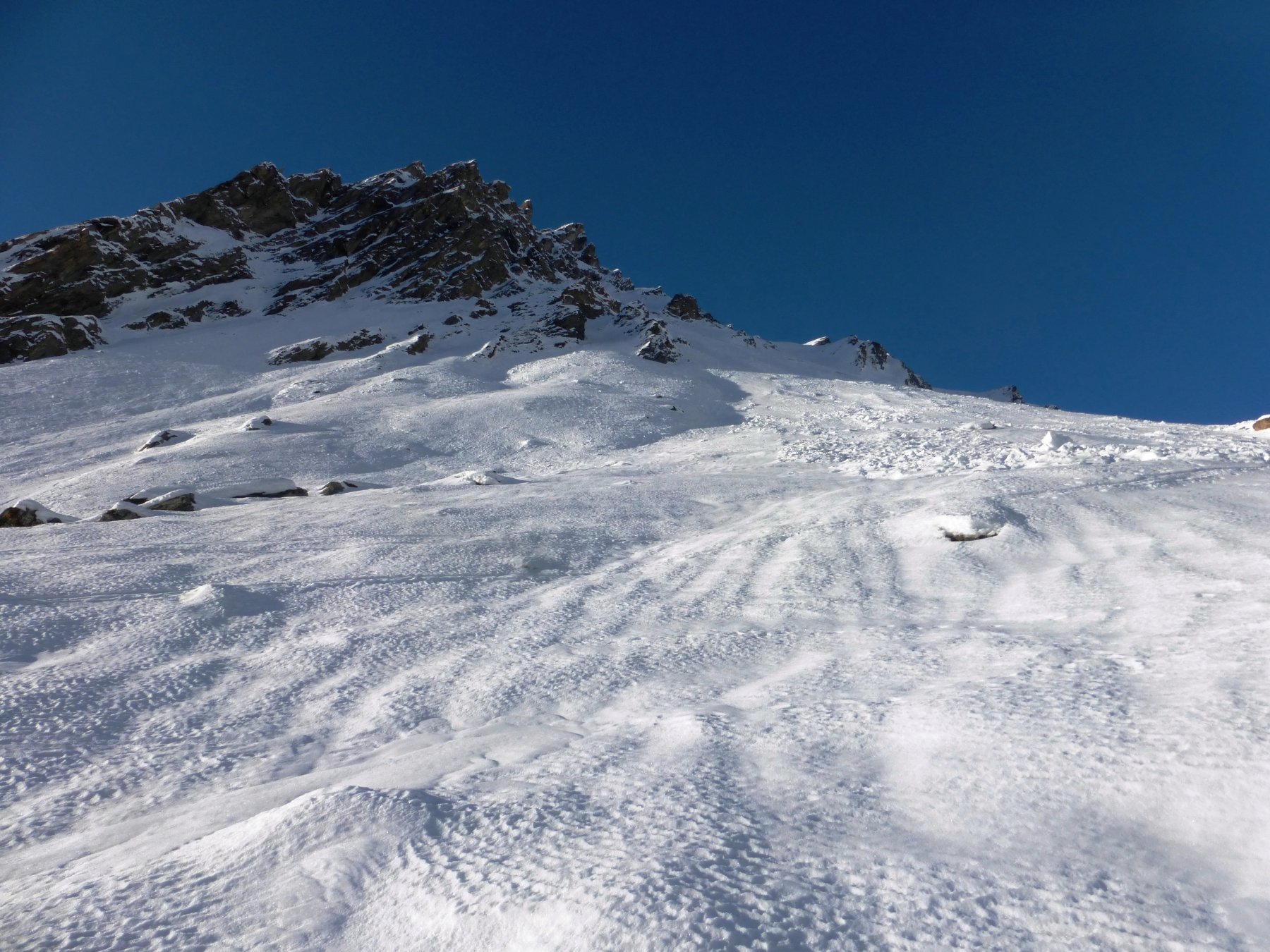